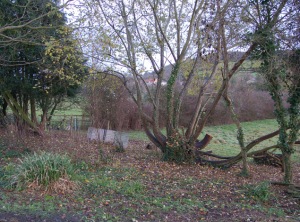 Regular readers will know that our usual approach, as slovenly smallholders, is to do everything about two to four weeks too late.

Hence writing about some of our winter clearance work in December, instead of in March, feels slightly wrong. We blame it on lockdown 2.0!

Long time followers will also know that practically everything at The Secret Acre was overgrown when we arrived, but each year we have gradually been reclaiming more back.

In the orchard for example, many trees and bushes needed freeing from the banks of encroaching brambles.

But this winter’s round of clearance work in the orchard feels like we may finally have pushed the invaders back to where they should be, as you can hopefully see in our pictorial summary of our yearly progress below.

The Walnut, which likes to be a solitary tree, was choked by a thicket of nettles and brambles and five self-seeded Sycamores growing right up though it middle!

Another thicket on the western side of the orchard, this time of self-spreading blackthorns from the boundary hedgerow has now been cleared back to allow new fruit tree planting. 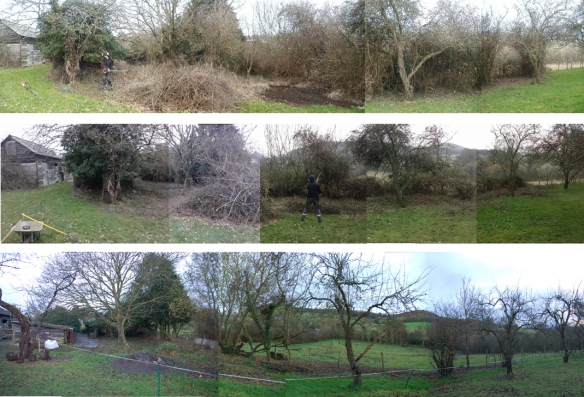 On the eastern side of the orchard, apples trees which had disappeared into an impenetrable wall of brambles are now enjoying fresh air once more.